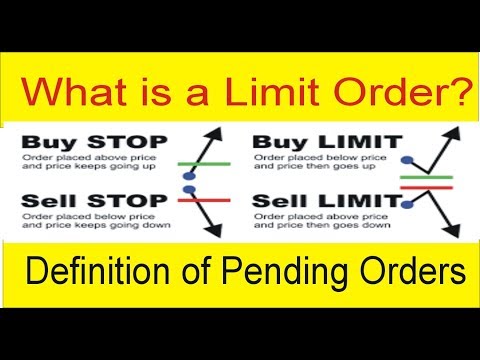 Day #2 of my Forex Journey

Real quick before I get into my next steps of my FX Journey, id like to say thank you to all the people who commented on my last post! All of the tips I got were really eye-opening and introduced me to different parts of FX trading that I didn't even know existed. So thank you so much, and I hope to get more interesting feedback from you guys in the future! Also Im going to probably change my writing frequency from daily to biweekly. I think writing about every little trade is not going to be as beneficial to me as writing about my overall progress at certain points throughout the week.
I started this trading day out by learning up on order flow. A whole bunch of you guys suggested really interesting youtubers to watch, and I started with Mr. pip's series on order flow. After I finished up watching a few of his videos, I started to tweak my trading plan so that I could get in some chart time. I changed currency pair from EUUSD to the AUD/USD, the time frame from the 4 hour to the 1 hour, and my indicators from RSI, Stochastic, 2 SMAs and ADX to ATR, RSI, and Ichimoku Kinko Hyo. I also added a little fundamental analysis in my trading plan because I think that I am being far too reliant on my indicators. I planned to check the economic calendar and determine the general trend of the currency pairs that are strongly correlated to the AUD/USD before I began my chart analysis. In addition to all of my analysis, I tried to practice using the techniques I learned in Mr. Pip's videos and analyze the order flow of the chart. Even if my analysis of order flow is wrong, as long as I am getting practice I am learning.
Eventhough I planned to use today to back-test indicators and find a solid new plan, I did not have enough time. I ended up getting on my demo account really late in the day, and started to force myself to enter a trade. Destructive habits like this could lead into some massive issues when I eventually get into live trading. To combat this harmful attitude specifically, I will restrict myself to trading on certain parts of the day (for example session overlaps, news releases, and earlier in the day). Despite this mistake I still continued with my trading strategy. I calculated all the currency correlations for AUS/USD using the past weeks economic data, and set my indicators in place. After checking the overall trend of the most strongly correlated pairs (Positive: EUUSD, GPB/USD, Negative: USD/CAD, USD/JPY) I started to analyze the order flow. All the correlated currencies, except for EUUSD, indicated that the AUD/USD would fall, while my order flow analysis indicated the opposite. Seeing as though I am extremely new to order flow, I dismissed this analysis, and ended up forcing a trade on the AUD/USD going short when my indicators seemed to line up correctly. I learned from last time that I should not alter or close my trade purely based on emotion, and to just wait till the market hits my stop loss or take profit. I included a trailing stop loss of 60 pips this time, but I have no evidence to base that number range on. The trade is currently open and I am down about 30 pips.
Although I am not labeling this trade as a loser yet, I can definitely see a lot of holes in my trading strategy. The most obvious mistake in my eyes right now is my use of indicators. Currently all my trades are purely based on what my indicators say, and since I do not have any back-tested data to support the credibility of my indicators, it feels a lot like strategic gambling. Another issue is that I feel far too reliant on indicators alone. I think that if I can find ways to include various types of analysis efficiently and evenly in my trading plan I will become a much more skillful and well-rounded trader. In order to combat these two issues I will begin forming various types of trading strategies this weekend and back-test them all extensively. I also plan on researching more on price action, order flow, and Naked Forex.
Once again any and all feedback is welcome. I am just beginning Forex, but it had been a huge passion of mine and I don't plan on stopping anytime soon.

So I have been struggling with learning this forex game but I am loving it a lot more than equities.
After getting good solid advice about trading supply and demand I'm getting good results. I haven't even reset P/L on my demo account this week.
One thing that you should definitely try if you are new is to modify your SL strategy especially if you are on a run.
What I am doing is setting up trades and as they develop modifying the TP and putting a trailing stop on the trades. It has really helped so far.
Active trades right now
Short on NZD/USD @ .75668, Long on USD/CHF @ .96115 both with 5 pip trailing stops

QM (CL) futures bounced yesterday and are flat today. It is apparently due to the US inventory decreasing. Phil pointed this out in his dec newsletter; he showed how 300000 contracts on nymex had dissapeared. This is where the smart money cashes out and the bag holders come in (unless there is fundamental change).
I closed out my RIG puts for 30% gain while my TZA calls netted me 0%.
Definitely going to be a short term bull until oil picks a trend (which, as i said before, is the only major market catalyst at the moment).
I have been polishing rules to help me stay profitable:
If I slip up I will end up paying for it, these rules have redundancies and fail safes to catch me when I inevitably do.
I now know why some guys at prop shops came in for 30min-1hour then left. They were perfect for that amount of time and any more would let in mistakes.
I should look into making an algo of myself.

Trailing Stop Loss Orders Explained // How to use trailing ...